The AV receivers have been on us for a couple of decades now, and the number of amplifier channels in the receiver steadily increases, even though the AV receivers as such are a bit returning in the market. But at the same time, we have witnessed a slightly different trend lately, and it was maybe about time …

NAD and Onkyo were probably the very first on this particular track. And then of course we talk about AV receivers in stereo. Or stereo amplifiers with HDMI, if you prefer the opposite angle. For there is no doubt that the stereo people have had every reason to be the envy of envy of home theater enthusiasts when it comes to flexibility and operating comfort, with their AV receivers which have constantly new quirks for serving audio and video for every year to come.

I don't quite know who was the first out of NAD and Onkyo, but NAD still has to get the price for having it the farthest out, with its modular design on some of their stereo amplifiers, where you can shop a module with HDMI inputs in retrospect.

Now Sound United is also coming to the full in this arena. Most of you may be familiar With Sound United being the mother company that owns both Marantz, Denon and Classe, as well as some speaker brands. And now this spring , they also bought Onkyo and Pioneer , and get Integra and Pioneer Elite on the purchase. And this time around, it is Marantz and Denon who each come with their own stereo AV amplifier.

This happening at the same time with the two companies is of course no coincidence - there is obviously some part of coordination within the product development at these two companies. But at the same time, they have a stated policy that each brand should have its own product profile. And that is clearly expressed by the two stereo amplifiers in question here.

Denon's stereo AV Receiver really looks like any moderate mid-range AV receiver from Denon. And if you look at the extensive list of specifications, it's really just the number of channels, and thus also the absence of a myriad of audio algorithms that sets it apart from a typical rising home cinema receiver.

Denon connoisseurs will immediately recognize the H in the name as Heos compatibility. This is the multi-room system created by Denon, which Marantz eventually connected to, and which has its own product group of streaming speakers and other devices. It also means that we are talking about a thoroughbred streamer, with all the streaming services you need in Norway, and some others as well. Full WiFi, in other words, and also AirPlay 2 is in place. And should you need to talk to your amp, Denon has support for all three dominant conversation therapists on the market - Siri, Alexa and Google Assist.

5 HDMI in and one HDMI out meet every need for anyone other than harcore home theater enthusiasts. And with HDCP 2.3 in place, this stereo amplifier is more up-to-date than many dedicated AV receivers. In addition, of course, the DRA-800H has the usual collection of analog and digital inputs that any AV receiver has, including a turntable input for MM-PUs.

The power of the Denon DRA-800H is 2x100 watts in 8 ohms, and it can be delivered to two alternative speaker outputs. Price in Norway is set at NOK. 6.498, -, which makes it appear as a component that provides value for money. In comparison, there are only 1,500 more than the PMA-800NE we tested earlier this summer , and the DRA-800H also has virtually the functionality of the DNP-800NE streamerin addition, full HDMI functionality and the dual power of the PMA-800NE.

Denon is imported to Norway by HiFi-Klubben

Read more about DRA-800H at Denon 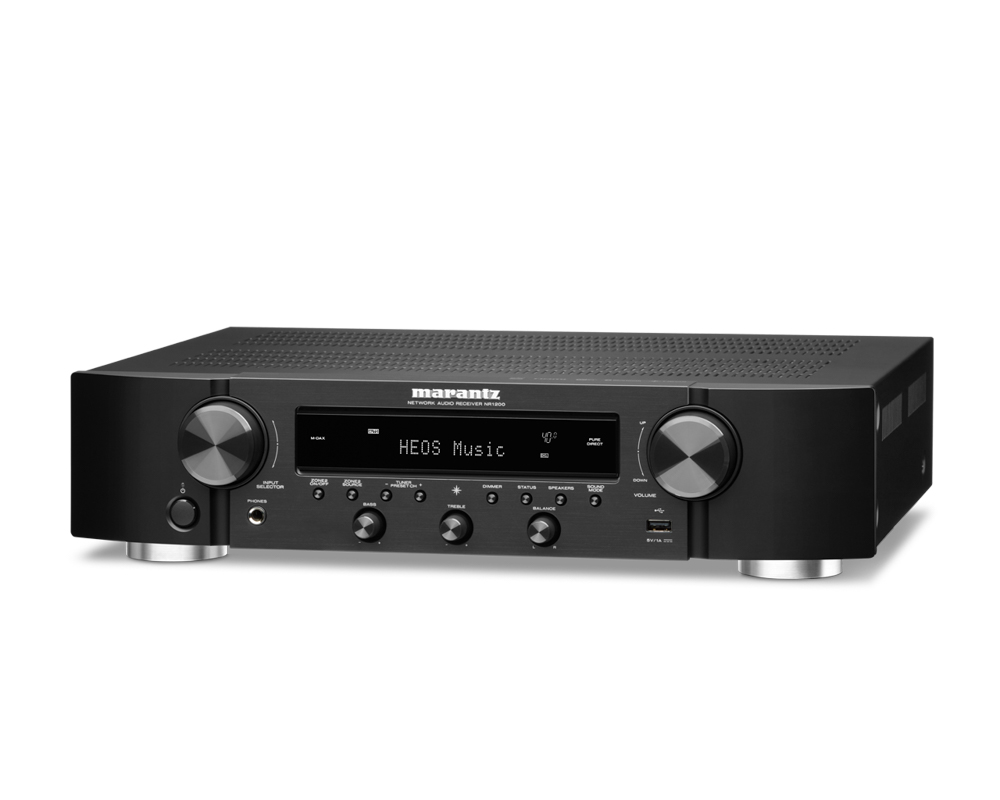 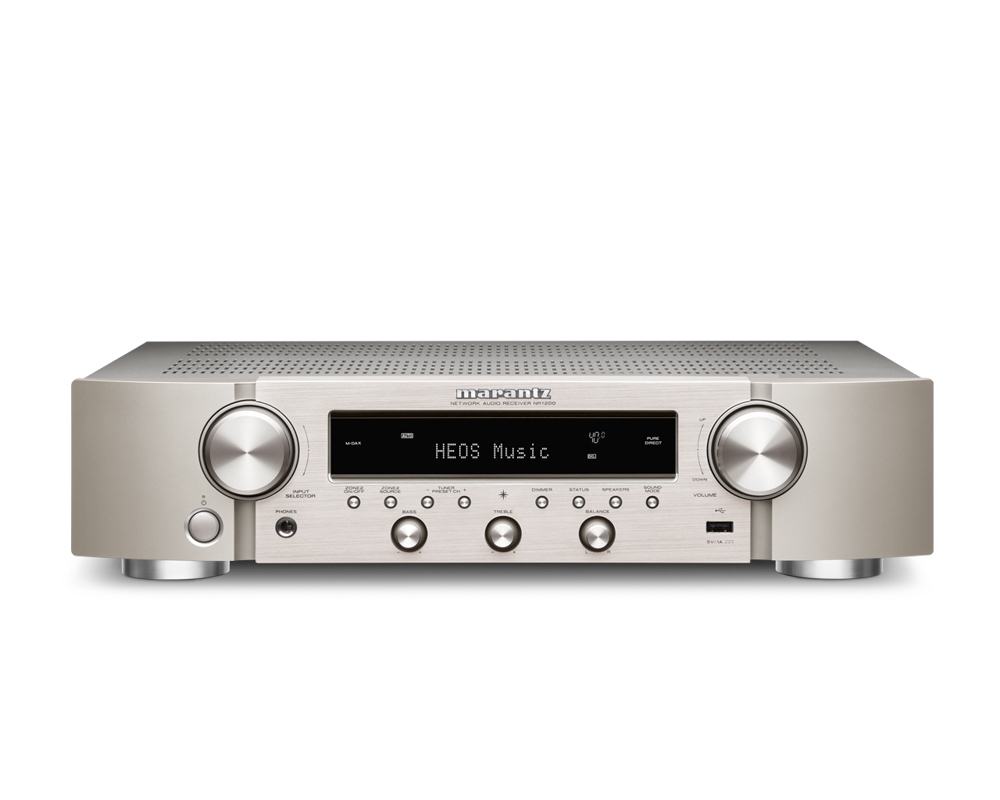 Unlike Denon's stereo AV amplifier, Marantz's variant doesn't look like an AV receiver at all, with its distinct SlimLine design. That is, we have skipped a couple of AV receivers, for Marantz is one of the manufacturers that has supplemented their collection of full-blood AV receivers with a pair of SlimLine models. This year's creations are called NR1510 and NR1710, and when we add that NR1510 is a 5.1 receiver and NR1710 is a 7.1 receiver, it starts to make sense that the 2.0 stereo edition has been named NR1200.

One of the points of this Marantz SlimLine series - formerly as 5.1 and 7.1 receivers and now also as stereo AV amplifiers - is that it should have an appearance that does not scare the minds of stereo people and carefull family people.

Despite the fact that the Marantz NR1200 has a more modest appearance disguised as a slightly slimmed-down stereo component, it is at least as crude as Denon's fat on the AV specifications, including HEOS compatibility. It has additionally been provided with pre-out, in addition to the subwoofer outputs with which they are both equipped.

A really good news is that both the very fresh AV receivers in the SlimLine version and the stereo amplifier NR1200 are equipped with the same Bluetooth wireless headset transmitter with this year's new mid-range and top-class AV receivers from Denon. And here you get the flexibility that you can let this "headphone output" replace the speaker outputs, or it can play independently. The latter is ideal if you have family members who have a particular need to play loudly via the headphone jack, while the rest of the family can listen at a normal level.

Price in Norway on Marantz NR1200 is currently unknown.

Marantz is imported to Norway by Neby

Read more about NR1200 at Marantz

More in this category: « AT-OC9X - Upgraded MC series in moderate price range from Audio Technica HiFi Horten 2019 is aproaching »
back to top