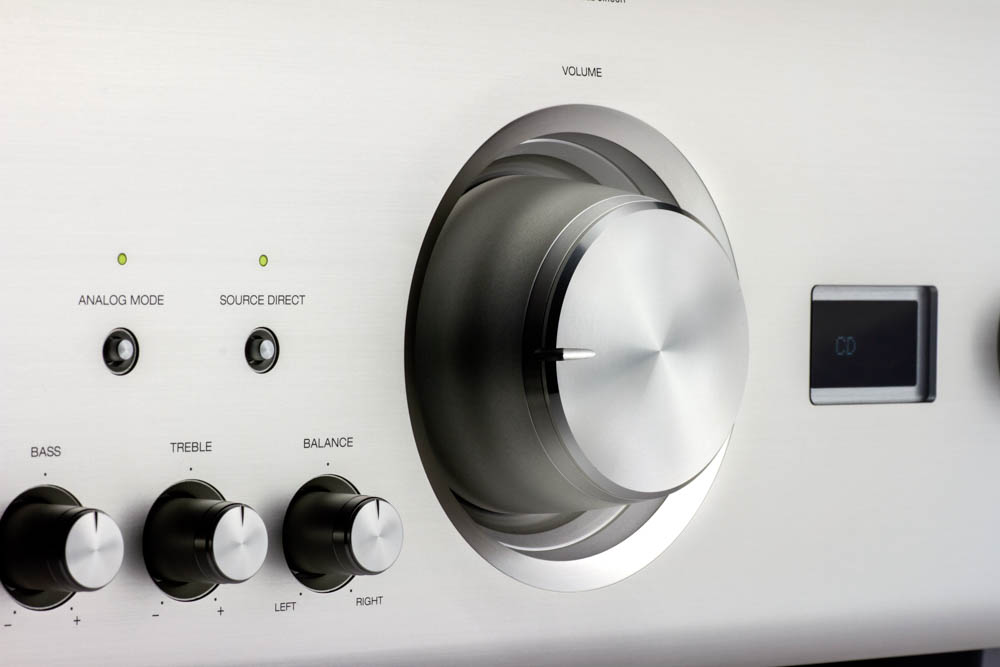 About 2½ years ago Denon launched their upgraded components in the 2000 series, a series which in practice consist the flagship models in stereo from Denon. At that time it was PMA-2020AE and DCD-2020AE who entered the arena.

This time Denon take a leap up to 2500, and changed sub-name from AE to NE. The design of these models are virtually identical to their predecessors, but the insides are of course modernized. 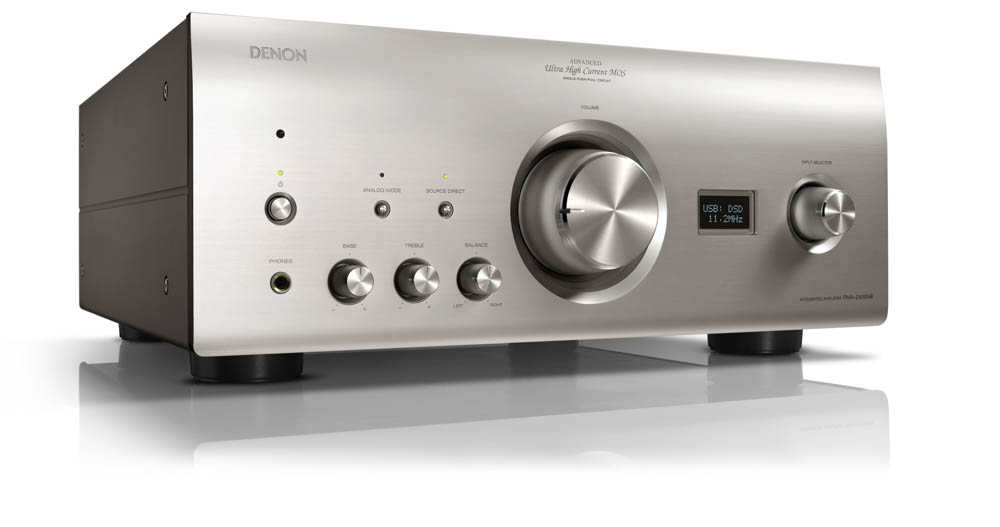 We start with the heart of this kit - the integrated amplifier PMA-2500NE. Here there are several technical design features which have been retained, and one of it is the moderate given effect. In fact, Denon here reduced rated output of 2X80 Watt at the predecessor to 2x70Watt in PMA-2500NE.

Retained are also HT bypass, and Denon has called this EXT.PRE. Phono Stage is present, both for MM and MC.

What is new at PMA-2500NE is that Denon has included a digital department. This is a commonly used move nowadays, and includes support for both DSD and PCM HighRes. DSD 11.2, and PCM with resolution of up to 32bit / 384 kHz. 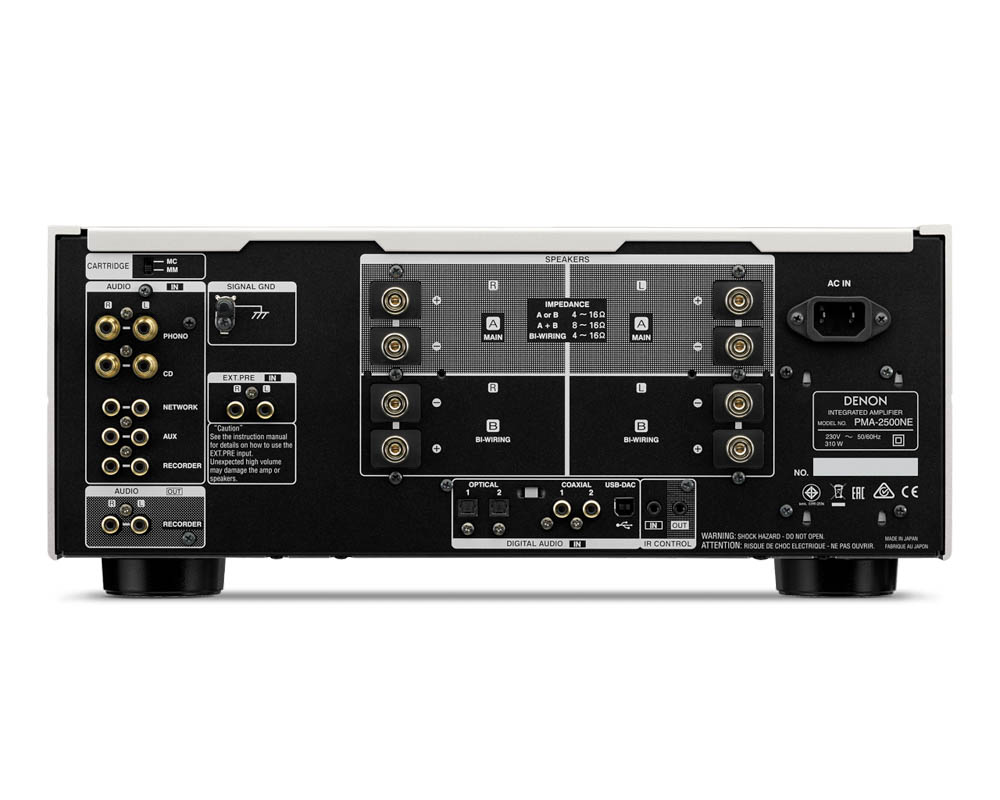 There are two optical and two coax digital inputs, in addition to an asynchronous USB-B. The asynchronous link where sync is controlled by the clock in the amplifier, the actual transmission jitter. Only source of jitter is the internal clock in PMA-2500NE.

When using an analog source, it is possible to turn off all digital circuits in the amplifier. 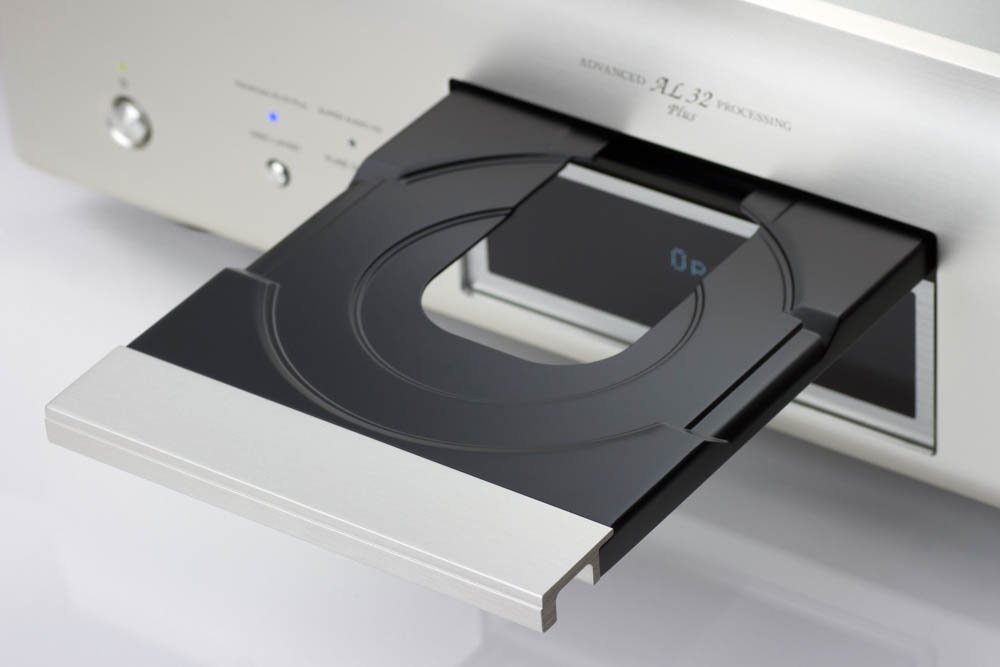 Also DCD-2500NE have strong similarities with its predecessor CDD-2020AE, although also here there are many news. Support for SACD is one of family characteristics that are recognized in the inheritance.

One might at first glance be somewhat surprised that Denon has dropped the digital inputs as its predecessor was equipped with. Until one reflects that these are transferred to the amplifier. It is natural to regard PMA-2500NE and DCD-2500NE as notorious stablemates, and then it would be redundant resources and unnecessary cost drivers to have double that.

In return, the DCD-2500NE has a drive that is capable of playing DCD-RW with home burned DSD files. This is a pretty unique feature for a CD player, and thus an interesting asset.