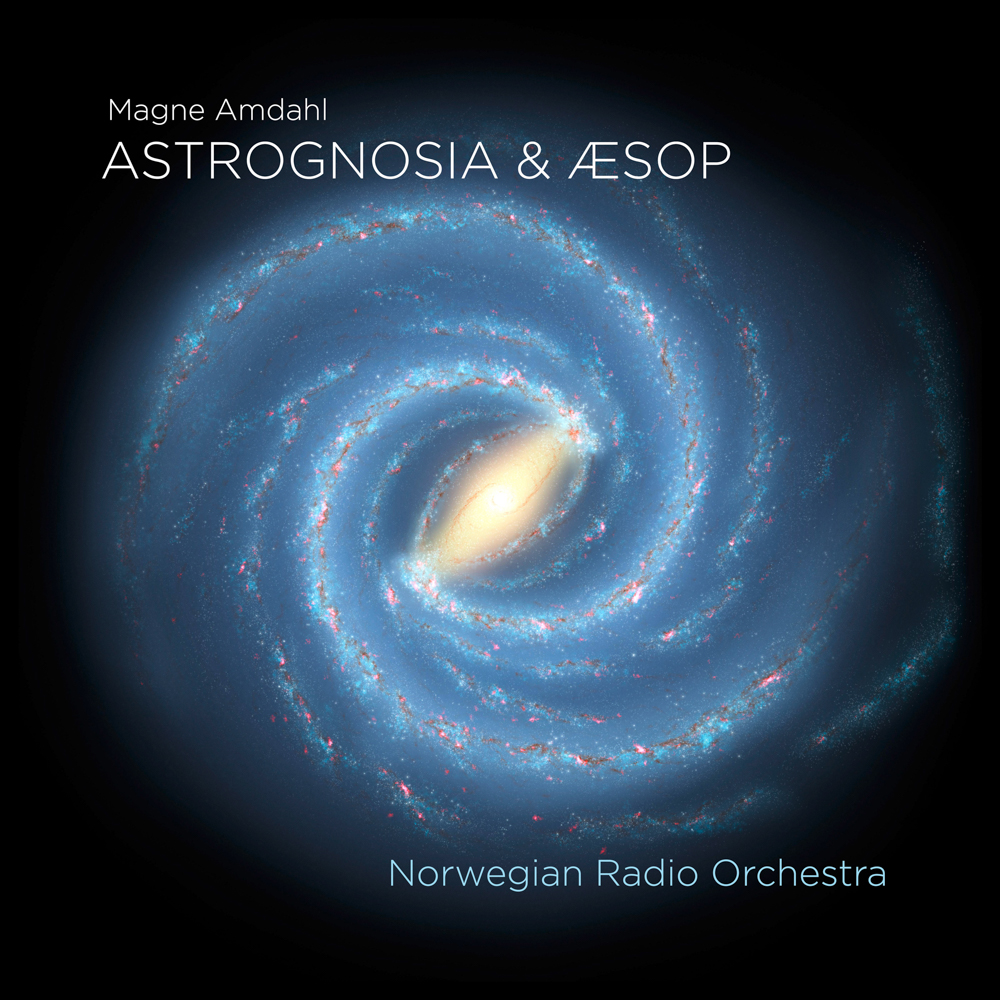 Magne Amdahl was born in 1942, and has classical education in both piano and trombone. He has also trained in composition and conducting, and has worked at The Norwegian Opera and the Oslo Philharmonic Orchestra.

Amdahl has a composition list of more than 70 works, and has also composed a large number of music works for theater and film.

The work Astrognosia`s title more than suggests about the starry sky. The composition contains 17 parts, where each zodiac has got his own part, in addition to a Prelude, three interludes and Pavane the Moon.

The second work Aesop is a collection Fables and also here the title gives an obvious clue. We're of course talking about Aesop's Fables, where Magne Amdahl has put music to Herman Wildenvey`s reinterpretation. Dennis Storhøi read fables to music performed by The Norwegian Radio Orchestra.

Jar Church is an old acquaintance from both 2L and other label`s list of achievements. Astrognosia & Aesop is a two record release in the category Pure Audio Blu-ray, and the Blu-ray disc contains tracks with 5.1 DTS HD MA in 24/192, 7.1 DTS HD MA in 24/96 and 2.0 LPCM in 24/192. In addition there is a hybrid multi-channel SACD. Also mShuttle is available, with the possibility of downloading MP3s and FLAC.

Illustration of Stage layout confirms that neither this time we`re talking about subtle surround from Morten Lindberg.

More in this category: « RECORD NEWS: Henning Kraggerud - Equinox. RECORD NEWS: Never get ahead - new vinyl from The Dirty Callahans. »
back to top