LAWO release two new records on SACD in January. And both are recordings with piano and vocals. 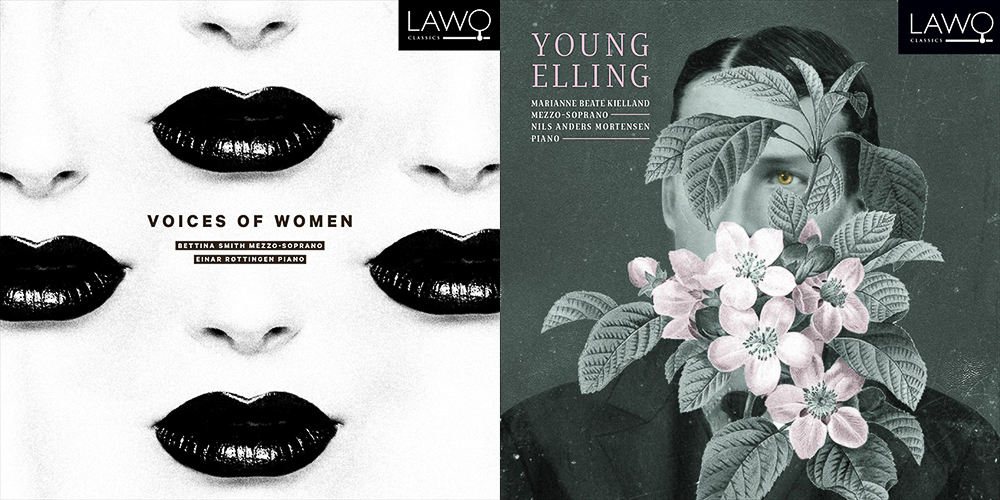 Marianne Beate Kielland and Nils Anders Mortensen have recorded two discs on Lawo before, most recently the album Grieg, that we reviewed here. This time it is the relatively forgot Norwegian composer Catharinus Elling's turn. Elling lived from 1858 to 1942 and had, among other Fartein Valen as a student.

On trhe recording Young Elling there are 25 songs recorded in Vågan Church in Lofoten. Otherwise the same place as the album Grieg was recorded. The release is a stereo SACD and release month in January 2015.

Also Bettina Smith and pianist Einar Røttingen recorded a record together on Lawo before. In 2009 they recorded Mélodies Francaises with songs of Serres Chaudes.

This time it compositions by the composers Fartein Valen, Jostein Stalheim and Ketil Hvoslef they have recorded, and a recurrent theme on this release are different female voices from world literature. Two of the works are composed especially for the duo Bettina Smith and Einar Røttingen and to anticipate our upcoming review this also are two particularly exciting works.

Voices of Women is a multichannel SACD, and as always there are also stereo tracks available. Release month is January 2015.

Read more about Voices of Women from Lawo .

Also read these articles about releases from Lawo: