The art of Freedom - en hyllest til Boulez

Pablo Picasso, Pierre Boulez and Johann Sebastian Bach are meeting over a pair of Havana cigars and cognac on the terrace of a bar overlooking the harbour in Alexandria. The sky is tall and bright and the three gentlemen are immaculately dressed in white linen suits. Bach has lifted off his wig and placed it on the chair beside him, fanning himself lightly with Boulez´ Panama hat. Picasso squints eagerly into the sun while his hand moves ceaselessly over the drawing pad on his lap. When Boulez urges him to take a short break he excuses himself saying that as he has vowed never to write a diary (to the relief of many of the husbands of his previous mistresses) his pictures will be his only memoires and the pages of his life's Journal, and this occasion certainly merits to be remembered.

As three friends of old, connected through their creative ideas and passion for their work there is little need to discuss seemingly irrelevant facts like differences in age and language. Instead the conversation invariably turns towards familiar elements like work and life.

Since neither of the three has ever been burdened with unnecessary shyness the conversation flows freely and amiably.

Bach, having finally obtained a position at the Thomas school in Leipzig shares his joy over the possibilities such a position offers with his friends and the conversation turns towards the subject of artistic freedom.

Boulez: I believe I have finally begun my quest towards my own freedom, friends. I feel as if I have been confined to the crudest building blocks by a hoarding older brother for many years and now he has left home and all of a sudden I found the door to his room ajar and sneaked in and upturned the box under his bed and got creatively drunk on the riches I discovered there!

In many ways you know, Arnold was like a bigger brother to me in creative spirit. Coming home with his bag stuffed full of a strange new language and impressing everyone at the family reunions. I was impressed as well, I admit it. And I learned a lot but at the same time my thoughts were inevitably straying towards the eternal Cain-motif. I needed more, I needed to break free and conquer my own land, my own language, a language with infinitely more freedom than his. And so I began to assemble the blocks in an entirely different way and according to a completely new system, my system.

My system would be a system in which freedom was essential like the totem of the entire country, a freedom like the empty workshop of a mason where only the hammer lies resting on the bench, waiting.

Picasso: But there is always freedom! How else could you create if you have not freedom? If you be a true man your work is bound to be your own and therefore, of course, free.

Bach: But the system is the essence here, Pablo! After all, what is structure and system but a blueprint that shows us the inner structures of existence, no less. No structure, no creation. Of course like all things containing great power it must be mastered...

Picasso: Like with any woman or any blank canvas..

Bach: Never the less it can be mastered but it takes time and hard work, it does not simply fall into one’s lap. Then of course you have to endure the experience of having your beautiful structure completely disintegrated by a third rate musician who cannot even be bothered to play the correct rhythmical ornamentation. 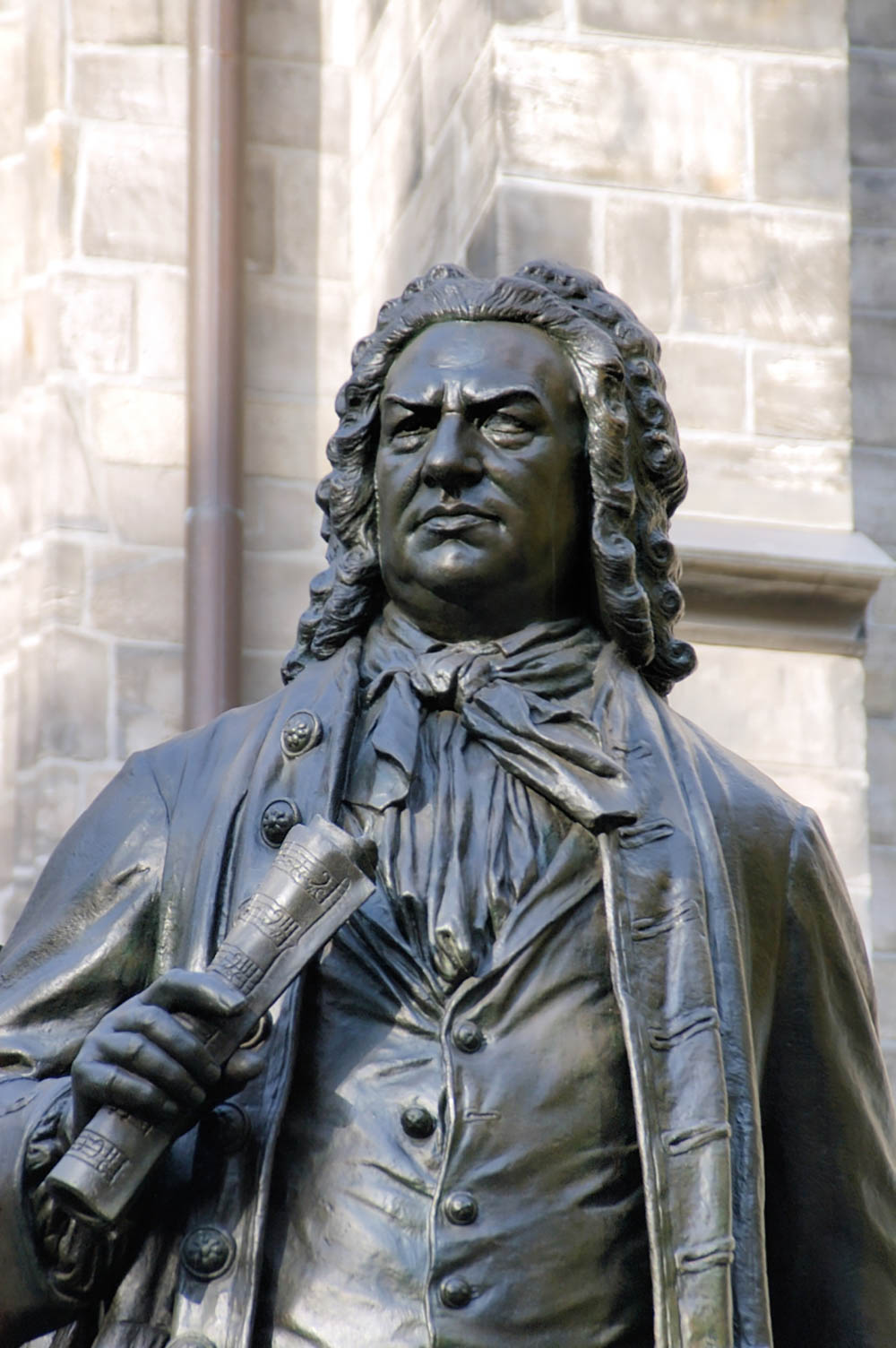 Picasso: For me the system comes with the gut-impulse. I always paint objects as I think them, not as I see them, therefore any system inherent in my thoughts invariably shows itself in my work, I cannot put it there intentionally in order for the art to emerge within it.

As for your talk about Cain-motifs, Pierre: in my opinion every creation starts with destruction. You have to rid yourself of or deliberately destroy any previous notion of what you think you know about something when attempting to describe it. How else can you gain access to its essence, and once you've found that: how else can you make an accurate description of it?

Boulez: I believe that is something I can relate to. What finally gave me my stand against my Viennese brothers: I needed to be allowed to describe, to be a painter! You really cannot just be constructive all the time; you have to be descriptive, as well!

Picasso: Perhaps you would like a canvas? But of course when describing something the real question is always “who are you describing for?”

I have been describing the world to so many people and in such an amount of different languages but it was not until I finally started describing it to myself that it really got interesting.

Bach: By "yourself", you mean the divine core of your own self?

Picasso: If there ever is or was a divinity he lives within the perfectly painted line of a woman´s back.. (Smiles)

Bach: Personally I would say that I have never doubted his presence in my music.

After all, gentlemen, did not the great Luther himself one state that it is "when music is sharpened and polished by Art that one begins to see with amazement the great and perfect wisdom of God in his wonderful work of harmony"

But the problem as I see it seems to be that in order to make a living and to be able to live with yourself while making it, your descriptions needs to be accessible to others as well as to yourself.

Unless of course you are very wealthy and may do as you please.

God knows I tried in my youth, my head bursting with the new ideas from the evening songs, with the new possibilities! All of these new ideas literally pouring from my fingertips! And what do they say?? "Surprising variations and irrelevant ornaments which obliterate the melody and confuse the congregation". (Mumbles and reaches for his glass) As if three months is such an enormous amount of lost time...

Boulez: In that case I am thankful for our differences in time. At least I had the fortune of being born into a world where creating your own language can be seen as a valid line of work. Although of course merely trying to oppose old structures can easily get you artistically dismissed as an attention-hungry musician.

No, the skill that must be "mastered" has for me always been the skill of balance, the delicate balance between constructivism on the one hand and spontaneity on the other. For me, these are the two elements of a true musician.

Bach: Hah! Spontaneity! a lost art in deed. You know, there were times when I felt myself suffocating underneath all of these innumerable careful souls. People who lived by rules, never venturing outside of what they had been taught were possible. Especially the organ builders! At times I would give them all a good fright just to get back into a happy mood. Pulling out all the stops on the organ and letting the instrument make its loudest sound ever always made them all go quite white. I used to say that I needed to hear whether the organ had a good lung (chuckles) Ah, but that sound, gentlemen, what an experience!

You know, Pierre, I quite envy you your enormous palette of sound. What I could have done with such a palette...

Picasso: It is still just a palette. What use is a palette without the ability to wield the brush? Not that you of all people lack that ability, my friend. (smiles and places his hand briefly on Bach´s shoulder) My point is only that the wielding, or maybe more accurately the will to wield is infinitely more important that what you happen to be wielding at the moment.

Boulez: I must certainly say that your palette has changed considerably during your lifetime, Pablo. But at the same time your brush stays true.

(softly, far away the call from the surrounding muezzins starts weaving random harmonies through the afternoon air)

Will you listen to that! You know, in spite of all this talk of brushes and personal ways of wielding them; sitting here with this magnificent view I am very glad that we decided to meet here as this journey has given me the possibility to enrich my pallet with new sounds and impulses, to absorb this culture and all of its lovely sounds and to take it all back with me to replenish my “brush”. I almost feel like a thief, hoarding riches into the purse of my imagination..

Bach: I was doing the same! There are some very interesting harmonic progressions happening here (pulls out a feather pen and ink bottle and starts jotting down a figured bass on the napkin)

Picasso: And of course you know, my friends, bad artists copy but good artists steal.