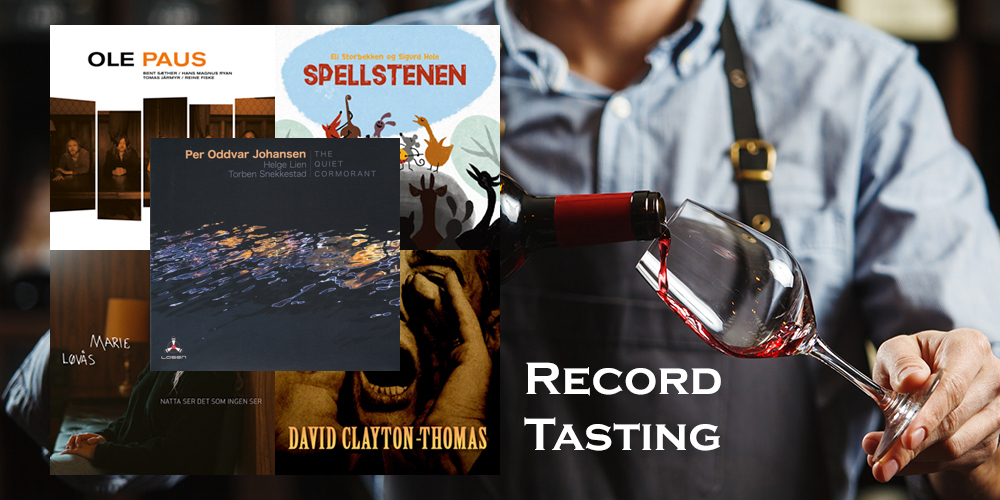 We are in a time where the Korona virus and news about this theme dominate our existence. Then it is extra important to infiltrate this massive impression with music. And fortunately we are talking about music guaranteed to be free of infection, but with great potential for involving effect.

Per Oddvar Johansen - The Quiet Cormorant 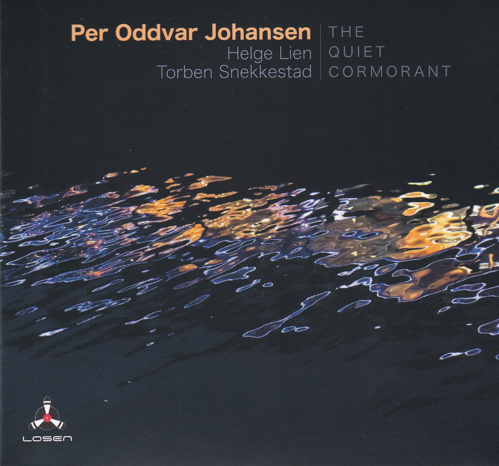 Per Oddvar Johansen started as a rock musician in Oslo before joining the jazz line in Trondheim at the age of 23, where he went from 1989 - 92. In retrospect he has collaborated with a number of great jazz-musicians, and also some rock artists. He has participated in an incredible amount of recordings, and most recently last year he crossed my writing on two of the releases that were subsequently named the ten best albums of the year by Audiophile.no. This was Mats Eilertsen's Reveries and Revelations published on Hubro, and about Helge Lien Trio - 10

Per Oddvar Johansen Trio is in addition to himself on drums and vibraphone, Helge Lien on piano, and Torben Snekkestad on saxophones and bass clarinet.

The music is presented as 13 standalone short stories, or paintings, and many of the tunes are written somewhere on the coast near Bodø, inspired by light, the sound of birds and the feeling of space and distance.

My ultimate favorite track on the album is Love Peace & Currywurst , one of two tracks where Hedvig Mollestad contribute on guitar. And it is a wonderful mix of what initially appears to be quite acoustic jazz with a mountain feel, and a lovely raw rock with dirty guitar that Hedvig Mollestad is a master of.

Recorded in Rainbow Stuidio in the summer of 2017, The Quiet Cromorant is one of Jan Erik Kongshaug's countless testimonies of a brilliant sound. He sadly passed away in November last year - a huge loss to Music in Norway. The sound of this record reinforces the space of the Weekly Plate!

Read more about The Quiet Cormorant at Losen Records

It ends with magic 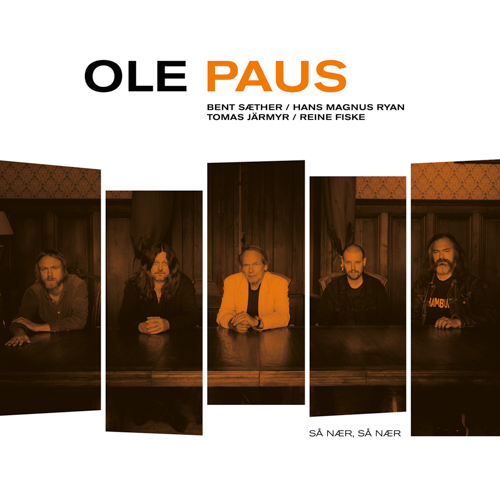 Seven years after Ole Paus released his alleged last album, his first album comes to an end. It was about time.

On the album Så nær, så nær (So Close, So Close), Ole Paus has collaborated with Motorpsyko + Mari Persen on violin. But make no mistake . don`t think twice this is a Motorpsycho album where they've hooked up with Ole Paus as a vocalist. Ole Paus fills the musikal space every time he goes into it, and that goes for this album as well.

It might be tempting to claim that it is a tamed Motorpsycho we experience on Så nær, så nær, but it will be a hasty statement. For this band also has low-key and more subtle music on their CV than the slightly more hard-hitting prog-rock you associate with this band. But a dirty sound nobody could take from them on this album. And then some of us may think it belongs more on Motorpsyko's home ground than on an album dominated by Ole Paus's distinctive vocal performance.

Here is a lot of good music, and one of the very best is Fest i Hovedstaden . We get served Ole Paus in the crass variant, a little in the same verbal tone as in the song VI skal knuse dem, elskede, twenty years earlier.

But for me, it is the more than 13 minutes long final tune Ruinbyen that stands out as the jewel on this album, a tune that lifts the album from a slightly flabby five on the dice to a sunny sixes. Here it is a kind of four-part medley in pure musical magic. After an intense and strong opening, we get an almost cheerful party after three minutes, before returning to the opening theme.

And then it happens, after about six minutes into Ruinbyen. The musical theme Den første timen (The first hour) is a theme taken from Det begynner å bli et liv from 1998. Incredibly strong music and text, that here is getting a new incarnation in a suit that has a strange mix of beauty and uncanny. And although this is wonderfully great, it is surpassed by the final part which is pure musical magic. A low-key Ole Paus accompanied by Mari Person on violin and a rhythmically pulsating backdrop providing sacred associations. In my book, this ending is the musikal giant Ole Paus's musical highlight!

Folk music with accent, and twinkle in the eye 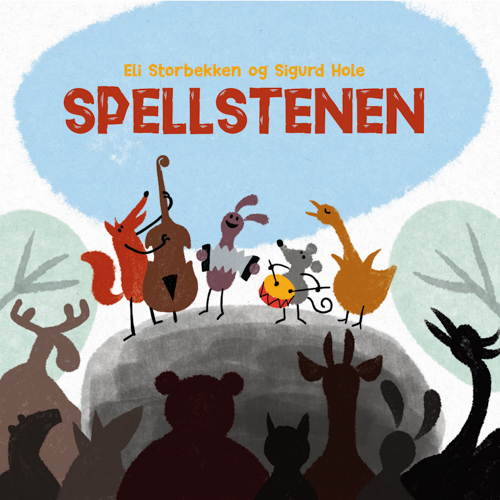 It is always very interesting to explore record releases that are somewhere in the boundaries between folk and jazz. Not least because it gives very different results . This time the recording is done with three musicians who are primarily associated with jazz musicians, although percussionist Terje Isungset may often be said to have a foot in many camps. And then we have Sigurd Hole, a jazz bassist with the fresh release Light / Darkness that I was horrified by, and mentioned in my review of the ear plugs Huawei FreeBuds 3 a short time ago. Frode Haltli on accordion may have originally a background in Norwegian traditional music, but has mostly worked on productions that stretch far towards jazz, and occasionally also contemporary music.

Then Eli Storbekken remains, as it is easy to perceive her as the main character behind this release. She is the one who may have the most obvious background from folk music. But also she has crossed borders frequently, not least on her previous release with Sigurd Hole, where there was a completely different complementary crew than on Spellstenen, and also a hint towards rock.

Spellstenen has sourced from old traditional music from Hedmark - Norway, in addition to Sigurd Hole having created the tune for 4 of the songs. So here we have a completely obvious starting point in folk music, and Sigurd Hole has allowed this character to dominate in his great arrangement of the tunes as well.

Spelstenen is an album that is intended for the whole family, and it seems credible without in any way affecting the listening pleasure of good adults. The album is a nice acquaintance, not least because of Eli Storbekken's great voice.

The album was recorded in Urban Sound Studio, right behind Freia on Rodeløkka - Oslo, a studio that has a hundred releases on their conscience. The result has been a great and homogenous sound that enriches the musical message.

Read more about Spellstenen at Heilo

Sensitive and beautiful from Sunnmøre 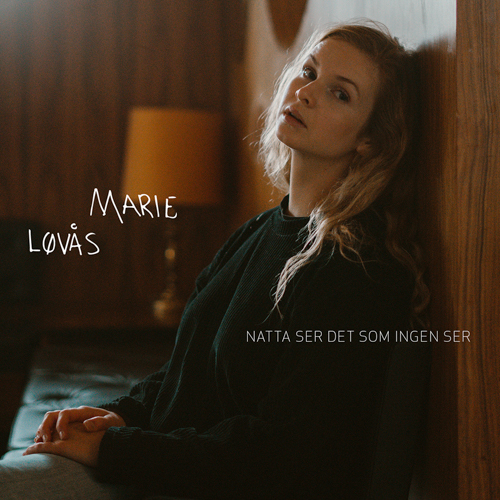 Marie Løvås comes from Skodje on Sunnmøre, but has later spent time in Oslo. Along with her band, she has played many concerts in recent years, and now is the time to release her debut album.

The band consists of Fredrik Svabø on guitar, Andreas Rukan on bass, Runar Netland on drums, Bård Kristian Kylland on keys and Petter Lien on trumpet. Andreas Rukan and Fredrik Svabø have been active as songwriters on most of the songs, while Marie Løvås has written the lyrics for all songs.

The musical expression lies with the main emphasis in pop-ifluented singer-songwriter terrain, but with a hint of jazz if you listen extra carefully at certain places. My immediate association during the first listening session was that there are some commonalities with Ellen Sofie Hovland's musical expression, but there are also obvious differences in character. For where Hovland often becomes a little direct and confrontational in text an expression, Marie Løvås is obviously more cautious and sensitive.

Rollebytte is maybe the most rocked song on the album, and is also one of my favorites, although it is otherwise the most low-key songs here I really appreciate. And there are many tunes in this category, and Vise til uroen, Ta mej heim and Nattsyn are the ones that get the highest score in my book. The latter stands out by being recorded in Jacob's Church of Culture, and the atmosphere is characterized by this, with a lot of ambience from the church room.

The other songs on the album are recorded in Studio Paradiso. No we are not talking about the studio in San Fransisco, but in the lower Sinsen, where mixing is performed by Christian Engfelt. Mastering the legendary Bjørn Engelmann at Cuttingroom in Stockholm. The result has been a sound reproduction at the usual high KKV level.

A political postscript from a legend 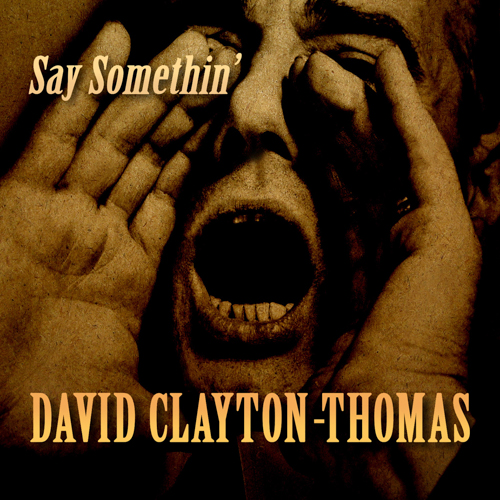 For most of us who were young in the 60s and 70s, David Clayton-Thomas is of course inextricably linked to the heydays of Blood, Sweat & Tears . And for someone who had both the band in general and the vocalist in particular on the very top shelf together with Savage Rose and Jimi Hendrix, it's easy to get lost in a long description of that the first four albums were the best studio albums, and that it became nice even after DCT returned in 1975, even though the magic wasn't quite the same.

I wil not mention this, but rather focus on the fact that this Canadian who, surprisingly for many, was born in England, has not been absent in the time after BS&T, although he has definitely been far less profiled. In fact, he has had a steady stream of releases over the past twenty years, albeit with a somewhat mixed quality.

Now he has released a new album that is different from the crowd. Say Somethin` is a strong political album, with music and lyrics written by himself. He brings with him a bunch of Canadian musicians, and the musical result is pretty far from BS&T's landscape. Only an unmistakable vocal is left - also this is slighty different, but not necessarily impaired. For there has been a hint of something minor in the rounding of his long-wave vibrato on many of the songs, and it appears as an added quality in his musical personality.

Otherwise, the greatest quality of this album is not the musical material. The musical quality is somewhat variable, and not everything is very interesting musically. It is the lyrics that are the essential, in combination with DCT's voice and precise narrative ability.

This is a strong political album, with the US being the target of his hars and satirical lyrics. It starts on track 2 - The System - by the way, the only song that can musically give associations to BS&T's more low-key facet in the second half of the 70s. On Dear Mr. Obama, he also visit a hint of gospel atmosphere in his tribute to the departed president.

Still, the strongest song on the album is the bluesy opening song Burwash. Here he tells in a half-talking song about his background in early youth, in and out of prison after a difficult childhood with a father who was beating him daily, and a brother who succumbed for the same reason. And about how he saved the music and a guitar while in prison. And perhaps at least as important - about the importance of applause and guidance. Or in David Clayton-Thomas's own words:

Aint it funny how a looser can win
Just give a kid a guitar and a helpin` hand
and someone who believes in him.

The sound of Say Somethin` can, with a little goodwill, be stretched to be characterized as medium, despite plenty of compression. It's probably David Clayton-Thomas's almost 80-year-old voice and a sparkling narrative ability that saves a slightly shaky five in the dice.

More in this category: « Record tasting on a Mother's Day - Close race at the very top Bitches Brew's 50th Anniversary on March 30th »
back to top