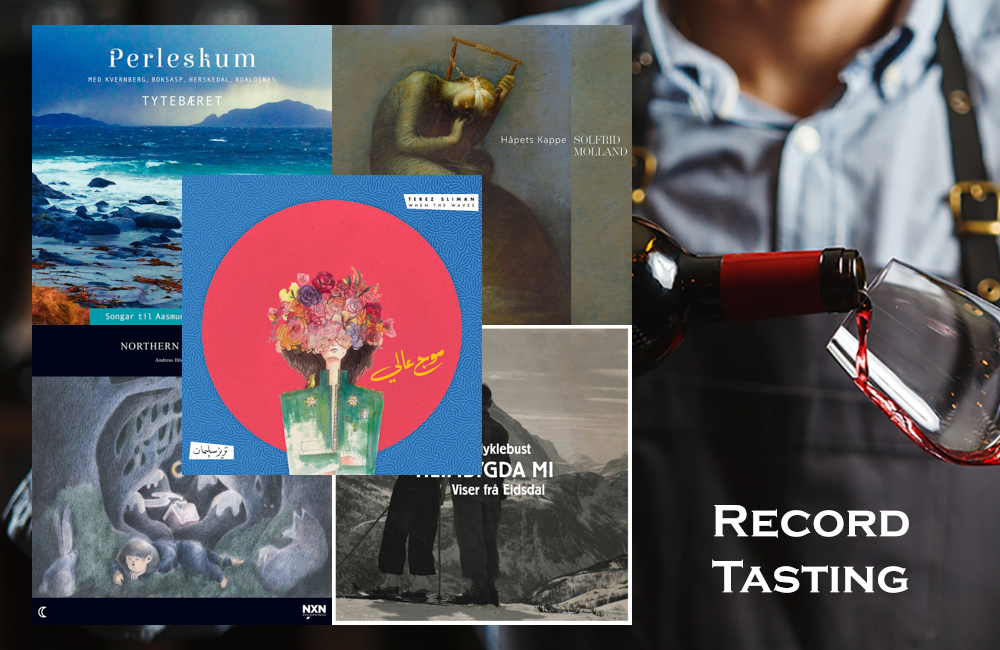 The spring is around, and record releases continue to flow. I've tasted a handful of them, and some of the select ones had to wait to the next round.

Terez Sliman – When the Waves 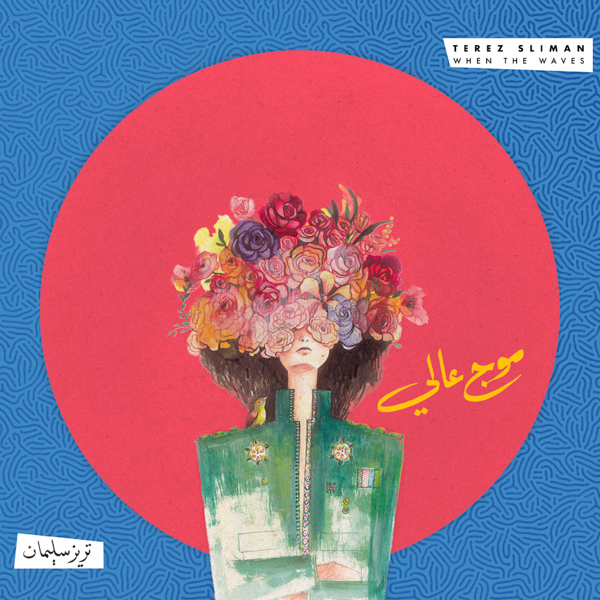 Palestinian Terez Sliman has brought bassist Raymond Haddad With her and traveled from Haifa to Oslo to make a record at Rainbow Studio. Then we intuitively understand that Erik Hillestad and KKV have a role. And when the other two musicians in this quartet are the Norwegian giants Eivind Aarseth and Helge Andreas Norbakken on guitar and drums respectively, it paves the way for an exciting hybrid between Palestinian and Western music. But where in this endless landscape the music places is the interesting question.

That Aarseth and not least Norbakken pulls it all well in the direction of western jazz-rock-songer-songwriter is no surprise. Perhaps the biggest surprise is that Raymond Haddad, in most of the tunes, also goes in the same direction. And he is the main songwriter on this release. And on some of the tracks, only Terez Sliman's beautiful and articulate vocals in Arabic reveal that this is not a release by Kari Bremnes. Otherwise it is Terez Sliman who stands for the deep existential lyrics on the album, albeit with contributions from others on a couple of the songs.

The intro to many of the tracks, quick musical associations provide western pearls, both from northern Norway and the US east coast. Like when the intro to the opening track In Your Name gives expectations of Mari Boine's fascinating tune 2-4-6-7-8-9 in one from the album See the Woman , or that the intro to the following track might make one think of Kari Bremnes` Han E En Katastrofe . Not to mention that the intro to Like Water leads the mood directly to New York and Steely Dan's wonderful and ingenious closing song Third World Man on the album Gaucho. But by all means, we are not talking about quotes here, just related musical moods that can cause a music lover to twist my soul and record collection to find out "what is this a little reminiscent of".

But there are also a few tunes that have a distinctly Palestinian feel, and both of them are among my favorite tunes on this record, although they have very different character. You Are is a very beautiful tune with long lines in an Eastern tone alphabet and minimalism in the musical soundscape, a minimalism that provides a backdrop for Norbakken's small but effective touches to be effective contrasts. When Tables Will Turn is at the opposite end of the scale, with very exciting vocals and an interesting rhythmic landscape that makes us each in a rock terrain.

The album When the Waves is a great contribution to KKV's great flora of releases with hybrid music between Eastern and Western cultures, and in my ears one of the absolute highlights. 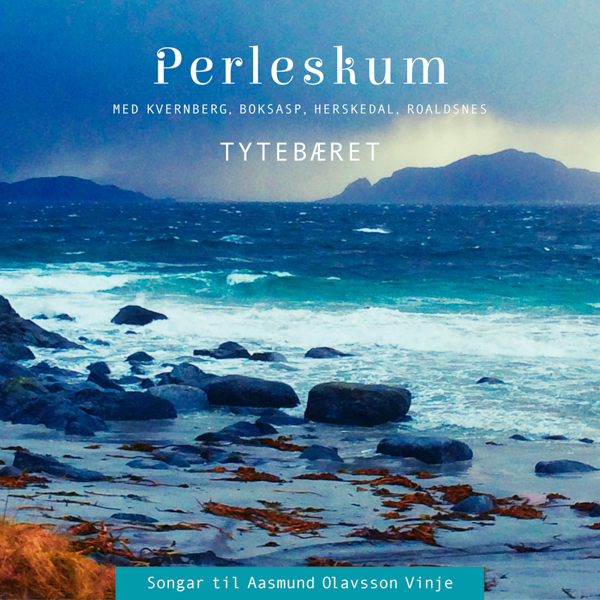 Jorun Marie Kvernberg is the main character behind Tyttebæret, a project that started with her invitation to bring new compositions to the Fördefestivalen based on texts by Aasmund Olavsson Vinje in connection with the 200th anniversary in 2018. She brought along Unni Boksasp on vocals, Daniel Herskedal on the tuba and Dag-Filip Roaldsnes on the piano, which eventually developed into  Tyttebæret. Kvernberg has written all the music, but the rest of the band has contributed.

The observant reader has already reflected that it is certainly something familiar with the combination Kvernberg and fiddle, not least if we add that she was born in Fræna in Romsdal. And that's correct - it's her brother. And if we also add that her full name is actually Jurun Marie Rypdal Kverndal, the grandson of the folk musician Peter L. Rypdal, who in his time was the granddaughter of the playmaker Jakob L. Kjersem, many from the Tresfjord will nod recognizably. Two well-known local place names, and for those of us who stepped on some children's summer shoes in this area half a century ago, memories of two stores also appear along the idyllic old road in the center of Tresfjord, which just had the names Kjersem and Rypdal. Now the advertising sign for Langaard's tobacco is all that is left.

The singer Unni Boksasp is best known from his Unni Boksasp Ensemble, and has a number of record releases on conscience. Pianist Dag-Filip Roaldsnes also has several record releases behind him, and has already demonstrated a cross-genre, even though he is often listed as a jazz musician in the telephone directory.

Daniel Herskedal is an exciting tubaist and composer who is very topical at the moment - this is the fourth record release he has been involved in over a year's time. After the jazz album Voyage on Edition Records and Lååje on Vuelie together with Marja Mortensen, he also debuted on a record as a pure composer without himself being a musician, with the exciting release Behind the Wall on Naxos. A fusion of western and eastern music, after a trip in Syria, Lebanon and Palestine.

With two musicians in the team that are primarily defined as transcending jazz musicians, it is quite obvious that this cannot be pure folk music. Nevertheless, this genre is probably the dominant one, although there is a good portion of jazz in the corners. The mood in the album alternates between hectic and cheerful, to the rather bleak Sorgens Kapittel.

After a hefty opening tune where Herskedal plays more fiercely on the tuba than anyone would think is possible, we come to the beautiful, moody Nyttårs-vise, where Daniel Herskedal also dominates in the opening - here in more elongated moves.

Unni Boksasp has a dominant role with her great vocals, and anchors the folk character But also Jorun Marie Shows that she also master the vocals excellent on Farewell our son , and on the slightly low-key Eit Syn , one of my favorites on the album. There is also the instrumental Sorgens kapittel, which reflects Vinje's many heavy elements in life.

Tyttebæret is recorded by Jo Ranheim in Øra Studio, at the far end of Brattøra near the outlet of Nidelven. The result has been a great and successful production. 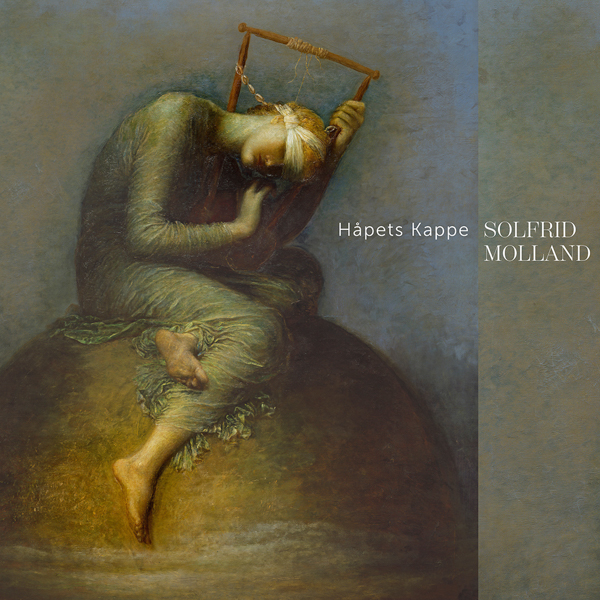 Solfrid Molland is an old acquaintance at KKV. This is her fourth release, and perhaps the very best. The musicians in attendance are Hayden Powell on trumpet, Mats Eilertsen on double bass, Aziz Kossai on vocals, and Daniel Lazar on violin. Solfrid Molland also contributes to singing, piano and accordion, as well as being a composer.

This is an album consisting of three new instrumental compositions dedicated to a synagogue, a mosque and a church. In addition, there are seven songs.

Solfrid Molland has a very distinctive vocals, and on the album Håpets Kappe it shines in full glory on the first track. This is very distinctive music, and is similar to the music on the rest of the album characterized by her background with a mix of gypsy music and western classical music, her unmistakable sounding Rogaland dialect.

Of course, it is dangerous to highlight some of these exquisite musicians, but it is difficult to avoid the fact that Hayden Powell on the trumpet plays very beautifully in his relatively low-pitched form, not least where he enters the formidable opening track, and eventually mingles elegant with Solfrid Molland's accordion. Mats Eilertsen is also a musician who stands out and that we have written about on several other occasions during the past year.

A brilliant sound contributes to a great and completed album from Solfrid Molland. 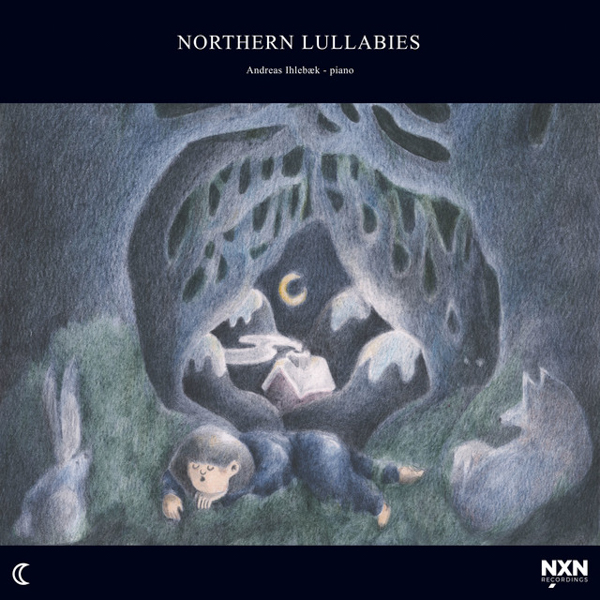 Andreas Ihlebæk debuted with The Guest in 2017, after spending parts of his childhood in Hamburg and San Francisco. It was a distinctive and subtle hybrid music album that has many ingredients. At that time he brought with him Nosizwe and Daniela Bauer.

This time he is honored to be the debut production of the newly launched NXN Recordings that we wrote about a few weeks ago. It is Tomas Linnes who is the Label Manager for this label that is owned by Naxos Norway

Northern Lullabies is, as the title suggests, a release consisting of his personal interpretations of lullabies. But even though he has given these songs a personal twist, where, among other things, we recognize from The Guest a widespread use of sound on his piano as an instrument, it is still calm that characterize these beautiful songs.

The album was recorded in Rainbow Studios in Torshov, and the sound is beautiful. The previously mentioned use of sound is one of the distinctive features of the album, a grip that dresses the music and gives it a distinct character. And at the same time, this is a worthy first release for a label that will be interesting to follow in the future. 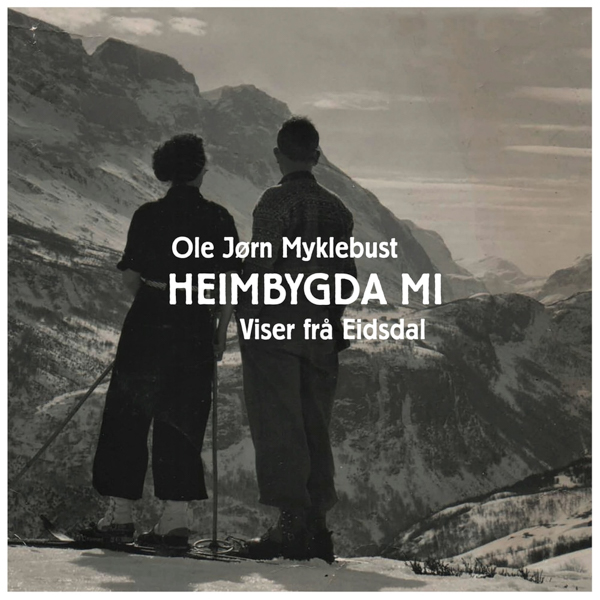 Ole Jørn Myklebust is a jazz trumpeter from Sunnmørsbygda Eidsdal. This is where you take the ferry on or off when you are on your way to Geiranger from the North. Or from Geiranger, whichever. Of course, we have strong associations with the combination jazz, trumpet and Sunnmøre - two of our greatest jazz performers on trumpet come from that region. But it is neither Stryningen Arve Henriksen nor Nils Petter Molvær from Sula that are the most obvious musical inspirations, but perhaps more the third Norwegian jazz lighthouse on the trumpet, Mathias Eick. In any case, it is tempting to draw parallels to the lyrical and slightly laid-back musical lines of these two musicians.

But on this release there is a whole different musical landscape being exposed. For the second time, Ole Jørn Myklebust has made a record that is a tribute to his childhood. And this time there is a special backdrop for the music. Because in Eidsal it was a poet named Arne O. Storås. He died in 2002, at the age of 96, and without much of his production coming to print. He had sent most of his production to a well-known poet for assessment, but he had managed to dodge everything. There were some texts left that formed the basis for Myklebust's release Gløymde Fotefar, which was released in 2016. And in the aftermath a new collection of texts appeared, which has now provided the basis for the CD Heimbygda mi .

Ole Jørn himself defines Heimbygda mi as a visual record, but as so often elsewhere in the world, the genre limits are not exact mathematics. I would personally be inclined to bring out the concept of folk-pop with a touch of jazz at the edges.

And although there is great music on this album some choices have been made for the sound which I would have liked to have seen was different. There is something making the sound a bit wooly and imprecise, and makes the dice shake a little before it lands on a five.

More in this category: « Bitches Brew's 50th Anniversary on March 30th Record tasting when May is still young »
back to top