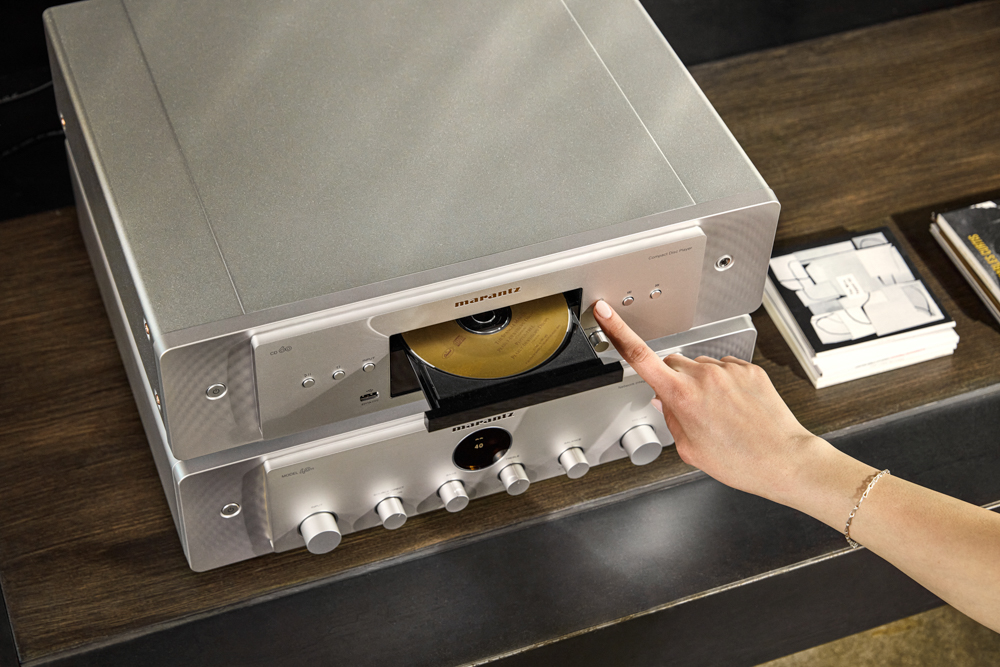 Marantz has launched their fourth product with the new design-line that was introduced just under two years ago. CD 60 is, as the name more than implies a silver record player, and it has an additional trick hidden up its sleeve.

Three months ago we could write about Marantz's new MODEL 40n being launched, and a couple of days ago we got a test sample of this little brother of MODEL 30 in the Summerhouse in Fredrikstad, borrowed form Neby HiFi Consept. Even though "little brother" is probably most evident in the price tag, which has been significantly reduced on MODEL 40n compared to MODEL 30. But otherwise there is not exactly as much "kid brother" over MODEL 40n, and in some areas it surpasses the bigger brother. 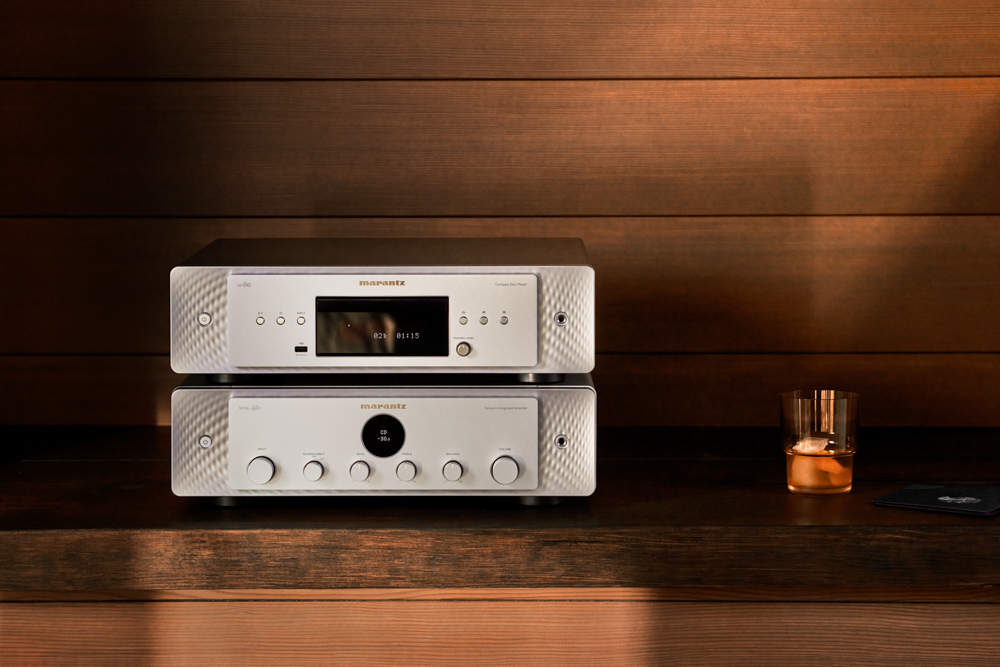 But all of this you may read more about when the review of MODEL 40n is published in a few weeks - today it is CD 60 it will be all about. Because the same day that we received confirmation of a review sample of the MODEL 40n, a couple of press releases ticked in, and one of them told us about this new CD player. And there is no doubt that this player will fill a void in the somewhat endangered breed of CD players. Because while the amplifier MODEL 40n has a price of just under 80% of its big brother's price tag, CD 60 costs just over a quarter of what the SACD 30n costs. And although we take it for granted that there are some differences in the quality of these two players, including the ability to play the DSD team on a SACD, CD 60 could have a big appeal to customers who want a player with the same elegance as the amplifier, whether it is a 30 or a 40n,

The name of this player also gives clear historical vibrations. Many of us lots of memories from the classic Marantz CD 63 in its countless incarnations, such as SE, Mk II and MK II KI Signature, where the latter had been a trip to Marantz legend Ken Ishiwata for musical tuning. Not to mention the original CD-60 launched more than 3 decades ago. 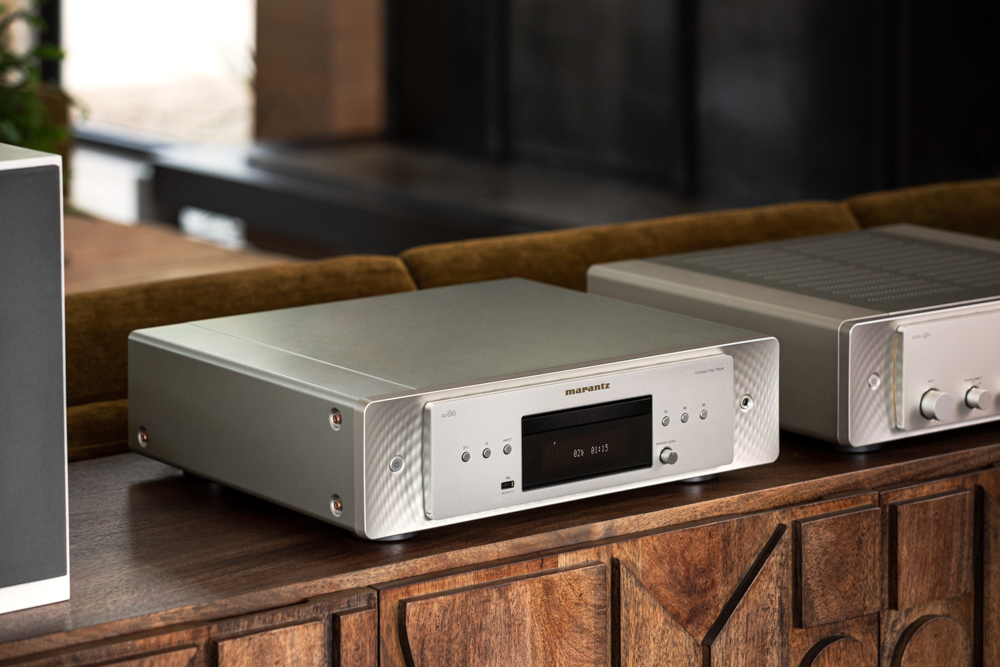 If we study the model names, it is actually already revealed here significantly more than that CD 60 is a pure CD player, while SACD 30n is a SACD player. The "n" in the latter player also indicates that this is a network player, and since this is Marantz, we then automatically know that it is a Heos engine.

In this year's product line, Marantz has made a role change, where it is the amplifier that has taken over the streaming function, while the CD player is a pure disc player. Not quite by the way, because on the front there is a USB-C input, and via it CD 60 can play HighRes files. CD 60 can play MP3, WMA, AAC and WAV, FLAC HD, ALAC, AIFF (up to 192-kHz / 24bit), and DSD (up to 5.6-MHz) from a connected USB storage device

One of Marantz's specialties is the proprietary HDAM technology. HDAM stands for Hyper-Dynamic Amplifier Modules, and these can be found in both Marantz's amplifiers and other electronics, as in this case with CD players. And on CD 60, Marantz claim that they have optimized the HDAM circuits compared to those used in previous models.

The power supply must also be improved compared to previous models in the same price range.

In addition to a USB-A input that we have already mentioned, we find a coax and an optical digital output, and a set of analog RCA outputs. There is also a remote connector, which allows you to coordinate the control of a CD 60 and Model 40n or MODEL 30.

On the front we also find a 6.3mm headphone output. This is powered by an amplifier with High slew rate op-amp + HDAM-SA2. In addition to a dedicated volume control for the headphone amplifier, there are three different gain settings for the output.

The design is confusingly similar to what we find on the almost 4 times more expensive SACD 30n, and has a match weight of 7.5 kg. It gives a good feeling, and is traditionally a good tool for reducing vibrations in a CD player. This new design line by Marantz has a very good and creative mix of nostalgia and modern expression, and the elegant side lighting increases the premium feeling several notches.

Of the available colors, the usual ones are Black and Silver, where the latter may just as aptly be called Champagne. 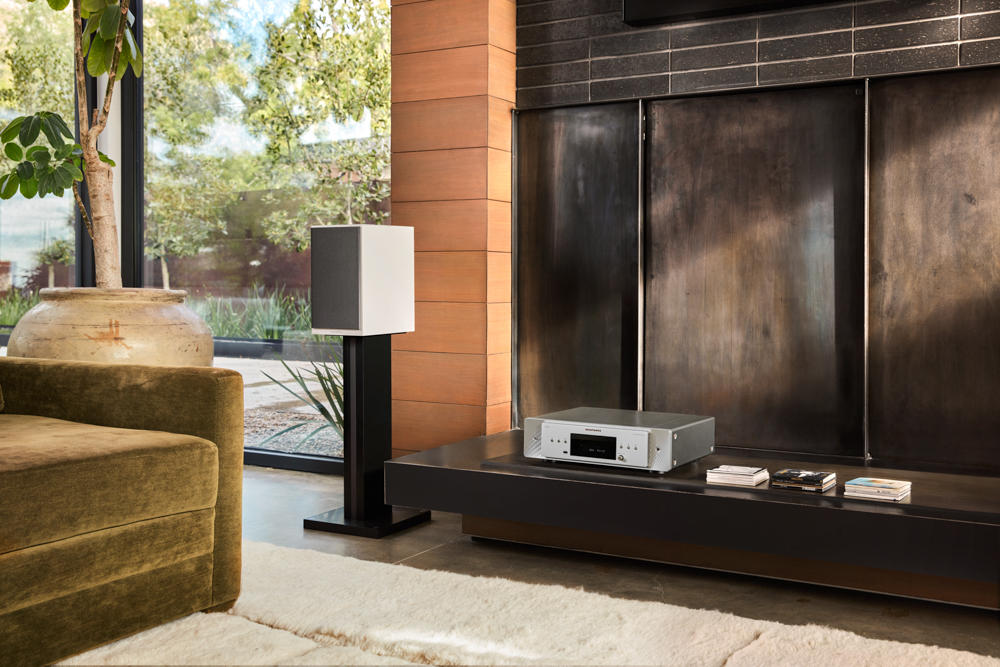